Today (Friday, February 28) I had the honor of participating in a tea ceremony held for the “Ise and Japan” study program. After lunch break, our group went to the Kogakkan University Memorial Hall, where the university’s tea room is located. Before the actual ceremony, the professor who leads the tea ceremony club gave us a long explanation about the history of tea. One thing I think is particularly interesting is the linguistic origin of the words for tea: Apparently, the words for tea in most languages can be traced back to one of two Chinese dialects. If the culture in question was introduced to tea predominantly through the Kanton area like Japan, the word sounds similar to “cha”. If tea was introduced from Fujian, however, the word generally sounds similar to the English “tea”.

We were also shown the equipment for the ceremony. Above is a box for the special kind of tea used in the ceremony, which is decorated with a design related to Geku, the second major shrine of Ise Jingu, which we’ll visit next week. The water container below shows 宇治橋 (Ujibashi), the bridge at the entrance to Naiku. 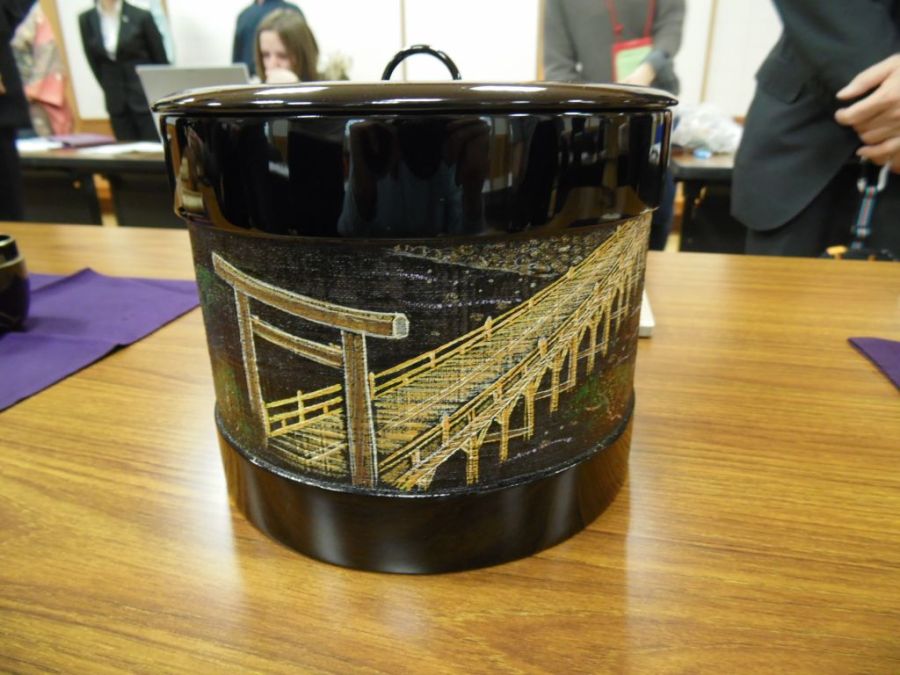 The ceremony itself took place in the tea room we saw during the campus tour (the one in the back, of course without chairs in front of the entrance 😛 ). 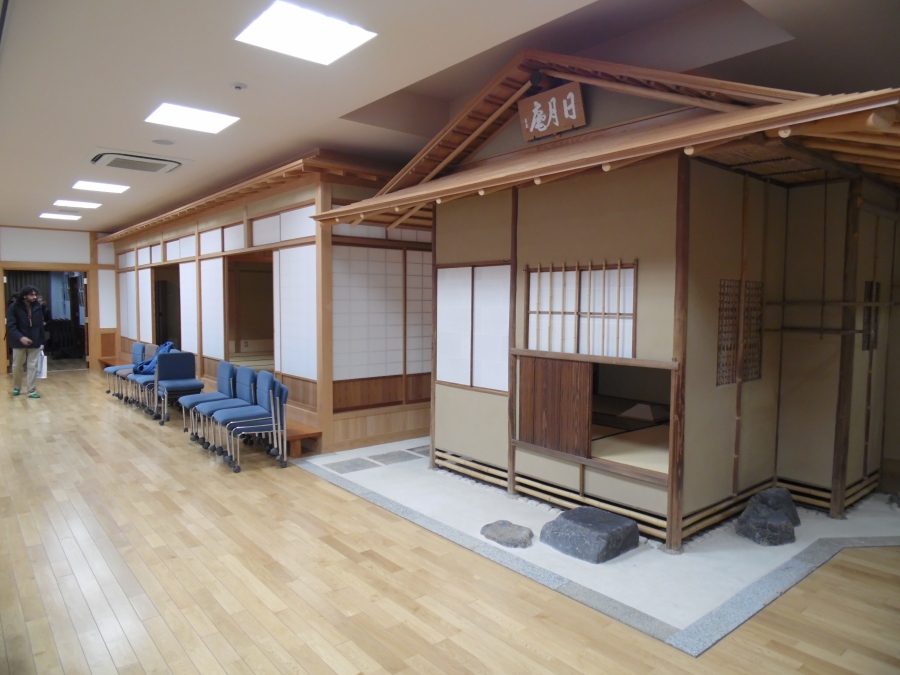 The ceremony itself is a very well organized thing with precise rules. We were told when to bow (guests and host bow to each other when anything is served, but you also bow to your neighbors at a certain points), how to correctly hold the cup and so on. Members of the Kogakkan University tea club took care of preparing and serving the tea, most of them in traditional garments. The ladies in their kimonos were quite a sight. 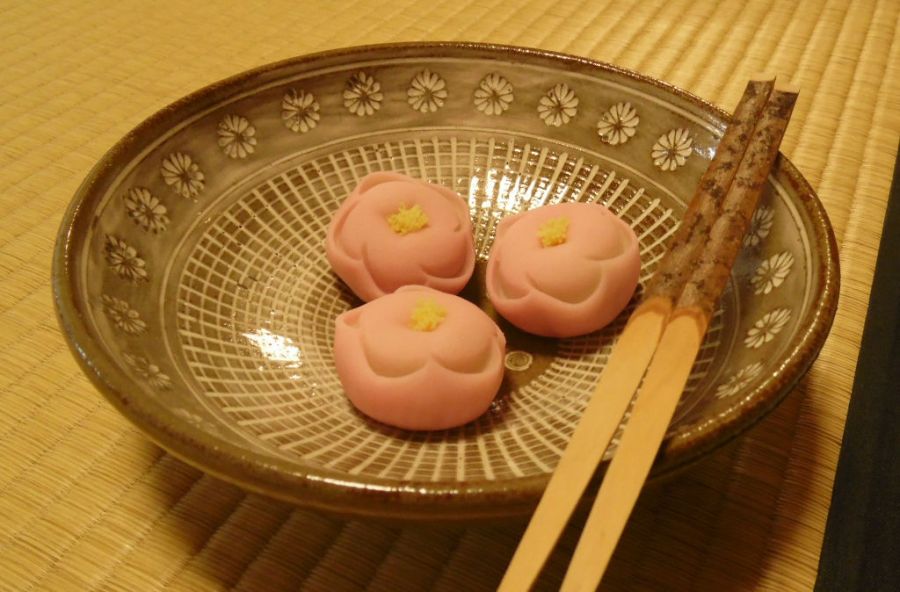 Before the tea, guests at a tea ceremony receive sweets. We got 春告草 (Harutsugegusa) made from 伊勢芋 (Ise imo), a local type of potato, making it another local specialty. Aside from being an element of hospitality, the sweets are also supposed to provide a contrasting taste to the slightly bitter tea.

After drinking the tea, you’re supposed to take a close look at the cup in a semi-ritualized manner. As the girl sitting next to me put it: “It’s supposed to say something like ‘Thank you for giving me such a nice cup!'” And if you’re wondering why I don’t have any pictures from during the ceremony… You try taking photos while holding a tea cup and trying to remember a bunch of rules concerning where to put it and how to turn it at what time! 😉 It’s simply not possible without disturbing the ceremony.